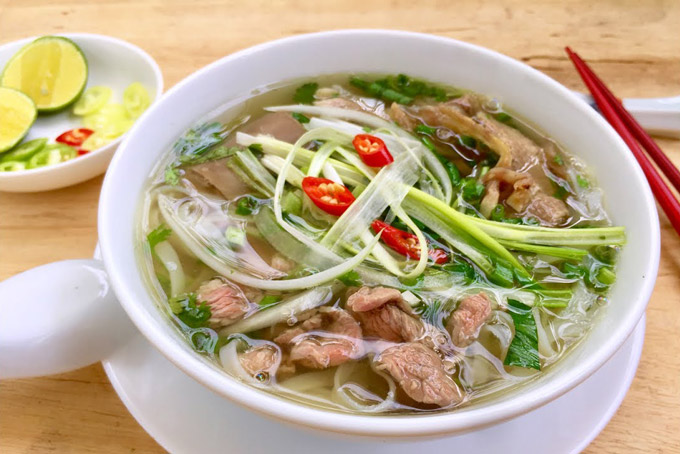 Thanks to its wonderful taste and nutrition, phở appears in many corners in Vietnam. Vietnamese phở is much more than just noodle soup; the history of phở also reflects the history and culture of Vietnam.

Phở – Reflects The History And Culture Of Vietnam 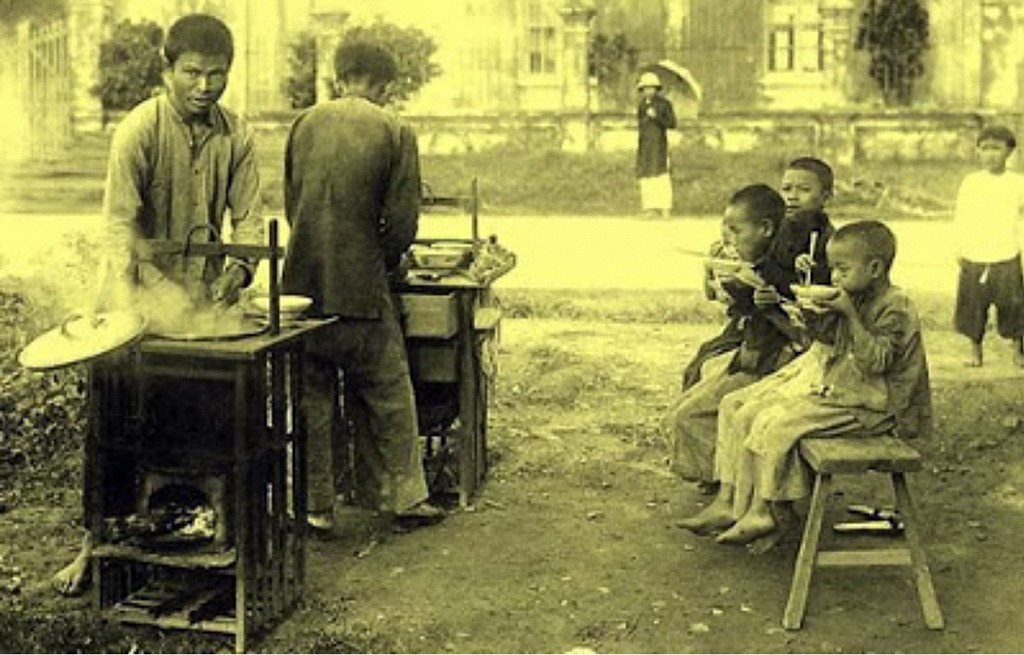 Vietnamese phở has the history about a hundred of years (Photo: Internet)

Despite the fact that phở is a reflection of the culture and history of Vietnam, no one really knows the time when phở appeared. Most historians agree that emerged between 1900 and 1907 in Northern Vietnam.

There are two different opinions about the first place where phở appeared in Vietnam. That are Ha Noi and Nam Dinh, two major northern cities. On the origins of phở, the first one believed that phở originated from a Cantonese dish called “ngau yuk phan”. The other opinion asserted that it is derived from the French beef pot-au-feu (French pronounced like “pɔ.to.fø”) combined with Vietnamese traditional herbs. Phở is also believed to be a variant of an old dish called “xáo trâu”.

Despite such arguments, the small bowl of phở was filled with hundreds of years of history and be a major part of the culinary life of urban people in the French colonial period.

Phở is cooked and sold by street vendors (Photo: Internet)

Originally, phở was sold by street vendors, who carried their cooking equipment on poles called “gánh phở”. Gánh phở had become a common sight in the streets of the Old Quarter on this time.

At the beginning of the 1950s, phở made its way to South Vietnam. Then, phở started to have a lot of variants. The phở of South Vietnam is often sweeter, spicier and the rice noodle is thinner than phở of the Northern.  In the South, people often eat phở with a variety of vegetables such as sawleaf, Thai basil, bean sprouts; hoisin sauce and chilli sauce. The South local people eat phở with a variety of vegetables (Photo: Internet)

From the mid-1960s to the early 1990s of the 20th century, due to the lack of food, in Hanoi and many northern provinces, appeared “no-meat phở” in state-owned trading outlets. In the 1990s, Hanoians often ate phở with “quẩy” (long golden-brown deep-fried strip of dough).

Every bowl of phở in the northern style or the south style always remains a simple and widely affordable dish that carries both the history and identity of the people that create it.

Read more about the history of phở here

There are many ingredients for the perfection of phở such as broth, flat rice noodles, herbs including green onions, ginger, coriander, and thinly cut slices of meat. The “soul” of phở is the broth which is cooked from beef or chicken bones for many hours to create the best taste. 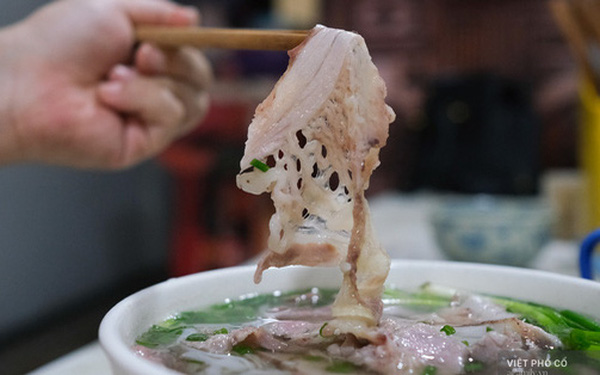 Phở bò is the most popular type of phở in Vietnam (Photo: Internet)

From the early hours, phở was cooked from beef bones to get the sweet and tasty stock. After that, the broth was blended with herbs and spices such as cinnamon, cardamon, coriander seeds, cloves, star anise, onion, and pepper. Everything should be boiled for about 6 to 10 hours for all of the flavors to blend. A perfect broth must be clear and richly flavorful.

Phở gà is a special variation due to the lack of beef supply (Photo: Internet)

During difficult times, beef was a rarity and there wasn’t enough to go around every day of the week. On Monday and Friday, due to the lack of beef supply, some stores closed on that two days. Some of them created a variation of the dish, phở gà (chicken noodle).

The broth is stewed from chicken bones, cinnamon, anise, ginger, cloves to create the sweet taste and fragrant. The flat rice noodles are white, flexible, and supple. On the top, they decorate with chopped green scallion or lemon leaves.

The specialty of phở gà is that the chicken is very firm and delicious. The chicken is sliced ​​well-enough, every piece has golden skin that looks really delicious.

Phở –  A Dish Loved By Both Rich And Poor 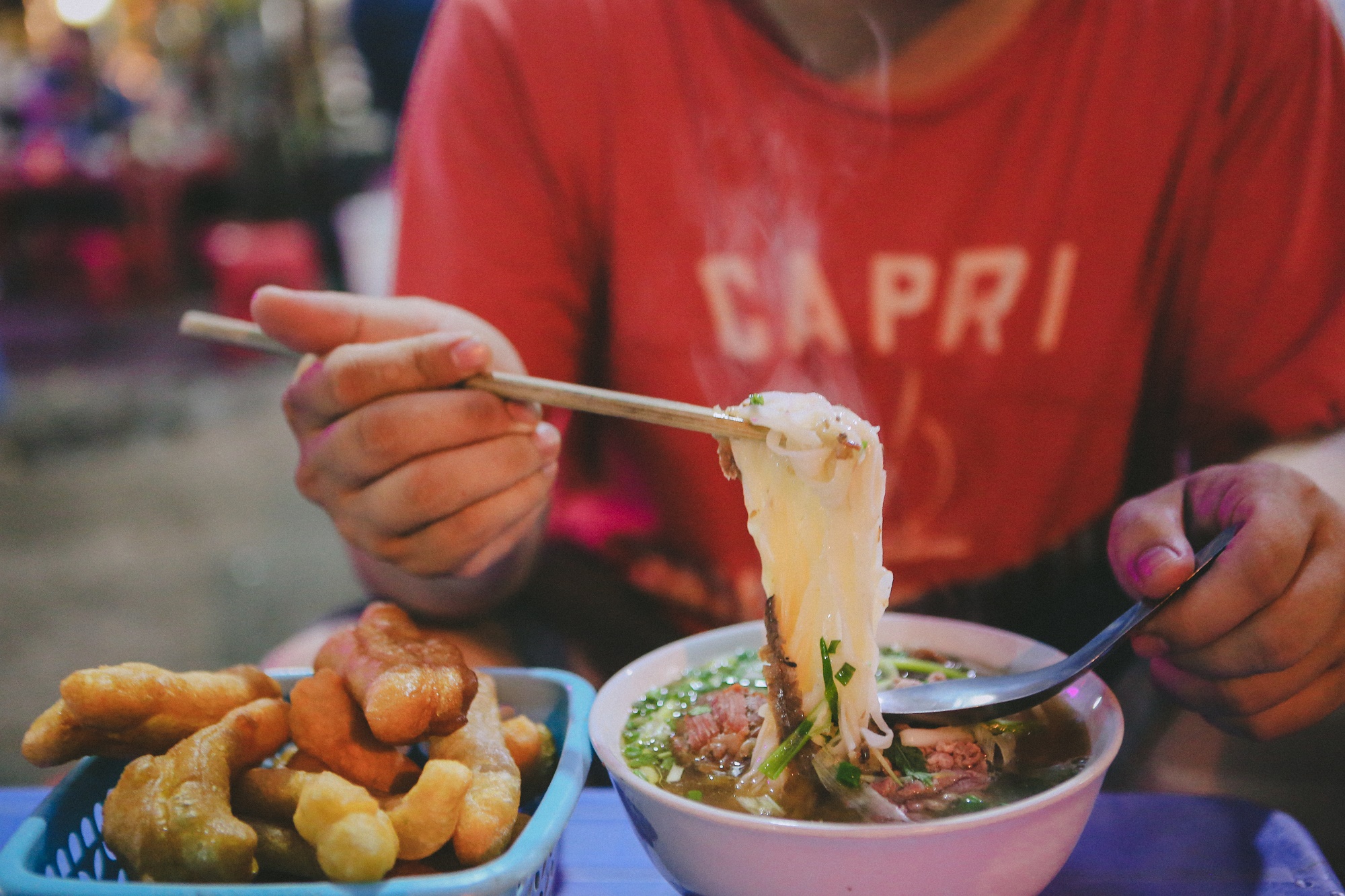 Phở is cooked and sold in every corner of Vietnam. From the busy city to a peaceful village, from pushcarts to neighborhood street stalls, from phở restaurants to elegant bistros, you can find a vendor of phở.

Vietnamese people eat phở every day, at any time during the day from the early morning until midnight.

Every bowl of phở is loaded with complex flavors that delights the taste buds of anyone who acquaints himself to this pleasantly satisfying treat.

Something is wrong.
Instagram token error.
Scroll back to top